Heat up your favorite drink, or create hot water for a shower. This 12V, 10A electronic heating element can be completely submerged in water for maximum efficiency.

Use inside the GoSun Fusion for best insulation, and run the Heater off of the GoSun Power 144 or larger power banks.

Perfect for Coffee or Tea

Re-heat your favorite cup of Joe, simply drop it in your cup

Heat up water to take a shower with the GoSun Flow

Powered from the 12 V DC port found in every car, boat, truck or RV 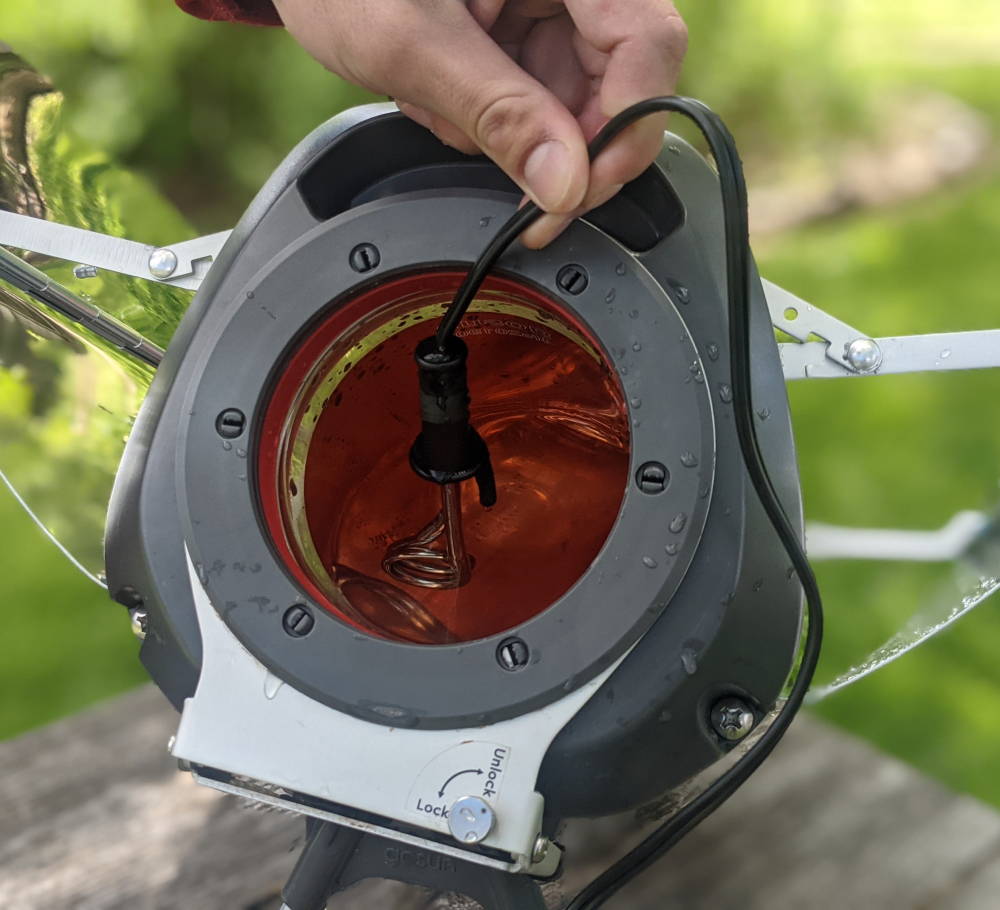 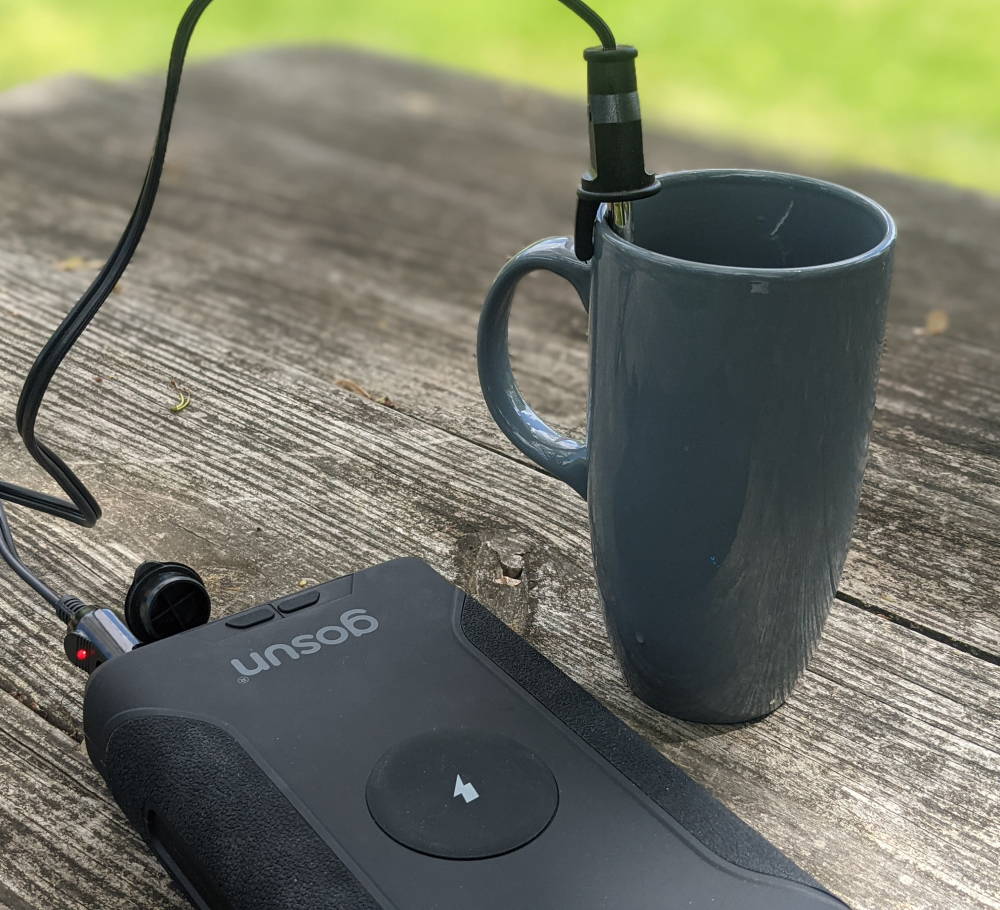 Hot water at your fingertips

Place the Submersion Heater in your water-filled Fusion to heat water for a warm, relaxing shower. For every two minutes of use, the Fusion will heat up 1 ° F. One Power 144 provides one shower's worth of hot water. You can also place the heater in a coffee cup or thermos to re-heat your drink. 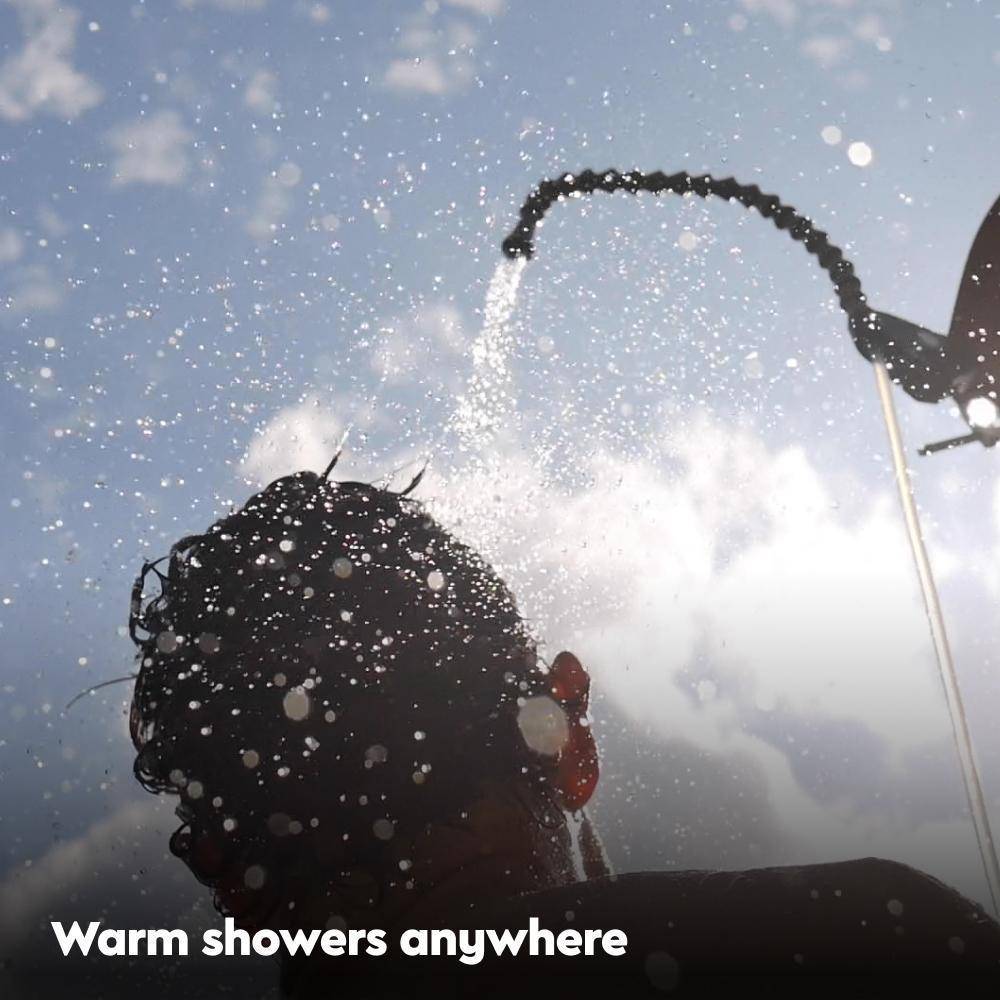 How to use the Submersion Heater

How to Solar Shower

Very well made. Haven't used it yet. Waiting on my Fusion to arrive so I can heat water faster.

Only a first test

I bought the submersion heater for a grid down situation to be used with my otherwise also new Yeti200X. I heated 250 ml water up to 85 Celsius (not a rolling boil, just a beginning one) in 12 mins. This took 16% out the full powerbank. The heater hangs over the rim of a mug but not my enamelled ones (rim too wide). It sat a bit too wobbly with the cable still a bit stiff and top-heavy. Up till the sixth minute the heat was climbing by 10 Celsius steps per minute, after that it slowed down. I will obviously have to do more experiments as to how long the Yeti takes to recharge from my balcony as compared to the 400 ml water brought to 90+ Celsius in the GoSun Sport Brew which can take (over) 2 hours this time of the year. This submersion heater is light and small, thus very handy to pack. It can be used in the car and will get you a hot cup of instant coffee in about a quarter of an hour which seems very reasonable on the road. In my case it would be used on rainy days, after sundown, indoors and without using candles, fire, or gas. In comparison, my tiny one-person Italian coffeemaker also produced about a thimbleful of espresso after 21 minutes over a candle. Compared with the size of my power bank that might heat 5 such cups before it's empty, I will most likely use the submersion heater sparingly, as a backup, like I planned.

I like the portability of this product, having it handy for when I have to heat water and have no access to building a fire. In a liter of room temp water, it took about 15 mins to get warm but not hot. Still useful for a serving of hot beverage in a pinch. For what it is designed to do, I recommend it.

This gets my water hot enough to make coffee or tea in a very short time. So far, I've only used it around the house but looking forward to camping season when I can use it instead of propane for washing dishes, showers, etc