I plugged the brew in for the first time this morning. It is very, very, solid and durable. Excellent product!

The Brewer is awesome. No filters required. The coffee is delicious. It doesn't take more then 10 minutes to brew.. I drive a semi truck for a living. So this also saves me space in the truck. 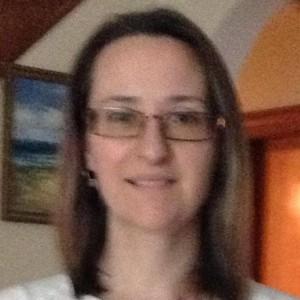 Very nearly the item I've wished for on every road trip

I backed the Brew Kickstarter, so I'm probably one of the first to get my hands on one of these. (Mine arrived yesterday, 10/21/2021.) It was packaged nicely and arrived in perfect condition. My preferred use case is a way to heat water for tea while on road trips. I haven't traveled with the Brew yet, obviously, but I unpacked it and confirmed for myself that it does heat water as expected, using the 266WH PowerBank included in my chosen package. Though the manual says it should shut off after hitting the intended temperature, after 30 minutes, I unplugged the Brew as the LED was still red, indicating continued operation. Since I don't plan to leave it unattended while in use, this is not a big deal to me, but I wonder if that's a manual error, or if it is not working as designed. I have not yet had the weather to test my (also new) solar panels, but I don't ever anticipate plugging my Brew directly into a panel. Realistically, if I'm camping, I'll have a PowerBank to run the Chill (cooler) and charge other electronics, or, if on a road trip, I'll plug the Brew into my car's 12V jack. It was easy to unscrew the french press stem and screen since I didn't care to use it. This does add another small hole in the lid, but, since you're supposed to open the lid's drinking spout to vent the product, this is not a negative. I do wish a sealing lid was available as an accessory. I might like to heat water, then seal the Brew to keep in the heat while allowing my tea to steep. It would be great to have a second, leak-proof top with no vents for holding (NOT HEATING), but maybe that's too risky if used incorrectly? I did check a Nalgene lid--those are similar in size--but the threads and size are different so that won't work. (This is not a failure of any sort; I was curious.) By about 7 minutes, the outside of the Brew got warm to the touch. By 11 minutes, I'd worry about its outer temperature around little kids. Don't leave this unattended, parents! Using a thermometer, I did confirm that the water was at least close to 200 degrees F, so hot enough to make the black tea that I prefer. Therefore, the Brew satisfies my wishes. (Most restaurants brew tea with tepid water that doesn't fully extract the flavor I prefer, so I've traveled with small electric kettle for years, but it doesn't help me at midday, only in a hotel room overnight for that first morning cup.) While the overall package I elected was a bit expensive, the Brew is an item I've wanted for a long time, and the build quality thus far appears appropriate to the price. I've been using a GoSun Sport solar oven for about a year now, and, aside from a cosmetic oops (the branding stickers peeling off), the functional components there are top notch. Time will tell if the electronics equal the mechanical bits. I'm giving 5 stars assuming this holds up.

Still haven’t gotten it yet. Ordered in March. Was supposed to be April delivery. In early May I look on website and it says available for delivery. Why haven’t I got mine. Delays in shipping, supposed to be here Monday 23. Still not delivered. On 25 th and now I a, gone for 3 weeks and it will sit in my yard I guess. Was hoping to have it for this trip.

Would you like to know more about this product?

CHECK OUR FAQ PAGE
Product has been added to your wishlist.
You can view your wishlist by creating or login account.
Please create account through ##customer_email## email
Login Register
×
Welcome Newcomer