How One Church Went Zero-Carbon with Solar Appliances and Panels

The solar revolution is affecting every part of our society, from a humble weekend camping trip to growing startups to the world's largest index funds (private equity funds are in the middle of a historical shifting of funds from fossil fuel energy to wind, solar, and other renewable energy assets).

The reason isn't only that solar products are better for the environment and the most sustainable, although that is the best reason. For many, solar products are simply more reliable and cheaper than their gas-powered or carbon-powered counterparts.

A church in Davis, California, had the same realization, because the congregation decided to go zero carbon by installing electric appliances and solar panels.

Here's what local station KCRA had to say:

The Episcopal Church of Saint Martins has reduced its carbon emissions to zero by replacing all gas appliances with electric, and installing solar panels on the roof.

On Sunday, a bishop who travels throughout Northern California to conduct blessings stopped by the church to bless the solar panels.

"It's kind of a remarkable process, if you think about it. You know, we talk about having these solar installations, but we don't think about how it works. I think it's part of the wonder of how God's creation works that we can capture this just like plants do and now we can send it out," said Rev. Megan Traquair, Bishop of the Diocese of Northern California for the Episcopal Church.

The church says this is all part of their monthlong celebrations for Earth Day.

The savings potential for solar are tremendous. Those who have switched to residential solar report daily electrical costs as low as 50 cents a day. Those costs aren't for Luddites who forego basic amenities but for households that have every 21st-century appliance imaginable.

Don't believe us? Here's an account from a new solar panel user in Holland, Michigan, which is hardly one of the sunniest spots in America. The homeowner Jeff Raywood, has a house chocked full of electric appliances that have a substantial energy demand.

We have all the electric appliances needed by a 21st century family of three.

We also have two electric automobiles. We mostly charge these cars at home. We have a home chargepoint charger, which is obviously powered by our solar panels. We also have an electric mower, blower and weed whip. My electric bicycle is also up for the season. The majority of our appliances are energy star.

According to my solar power meter, we have produced roughly $800 of free power since our system’s commissioning. The system was commissioned in late June 2019. Almost two years. We have roughly four months of the year, summer, in which we actually export power back to the grid! And that is including using our air conditioning as well as the aforementioned vehicles and lawn equipment.

There you go. Solar energy and solar appliances are affecting every level of life, from churches to homeowners to large businesses, and everyone in between.

Some of Our Favorite Solar Appliances 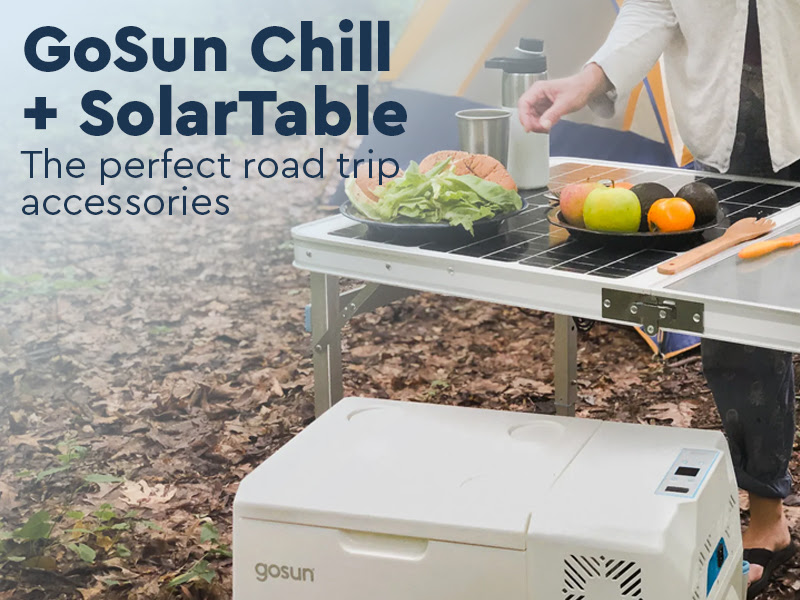 Ice is nice, but solar is better. No more trips to the gas station to fill up your cooler or running out of battery in the middle of your adventure. With the GoSun Chill + SolarTable 60, charging this electric cooler is now the least of your worries.

In today's age of solar innovation, why are we still investing in coolers that try to prevent ice from melting, while leaving everything inside messy and water-logged?

Thanks to solar and lithium battery storage, The GoSun Chill never needs ice. The Chill can run off-grid all day (and night), keeping your food and drinks fresh, clean, and cold. 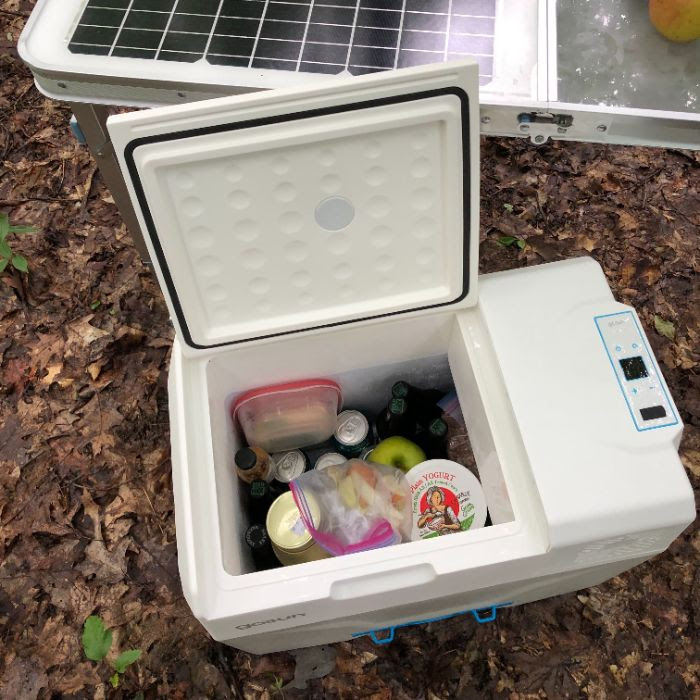 Going off-grid has never been easier with our most powerful solar charger, GoSun SolarTable 60. This two-in-one table and solar panel can keep the Power 144 and Power 266 charged indefinitely! The elevated 8 sq. ft. surface area is perfect for cooking and eating. 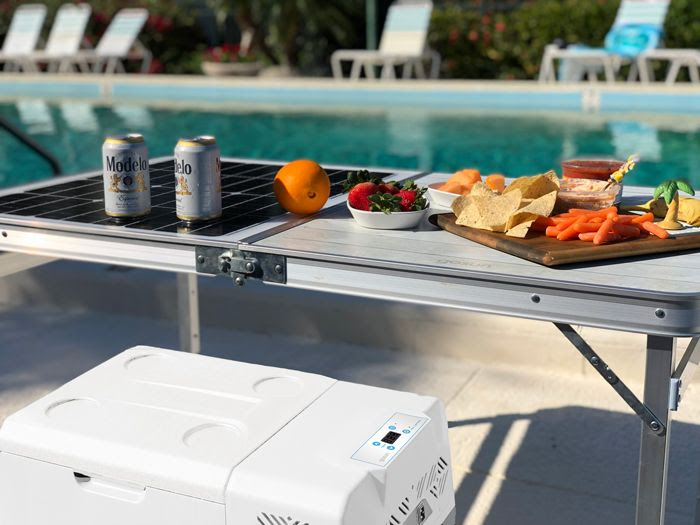