How Solar Panels Are Made

How do solar panels actually work? That’s a great question and one that we aim to answer with this blog post.

At GoSun, it is our belief that the sun can, and will, power our lives, and solar photovoltaic (PV) panels will be a major part of that transition.
But how do solar panels actually work? That’s a great question and one that we aim to answer with this blog post.
Recent developments in solar energy production are producing greater efficiencies with fewer materials and lower prices than ever before. Today’s solar PV technology builds off of decades of experimentation and refinement, resulting in technology that is effective, reliable and ready to serve a real need. Solar panels are composed of relatively few components and have no moving parts. However, despite their simplicity, they require great precision and cutting-edge materials to work their magic.
At the core of a solar panel is at least two sheets of a semiconductor material. The material, usually crystalline silicon, generates an electric field when exposed to photons from the sun through an ingenious combination of materials and coatings. But first, silicon starts its life as sand, which must be heated to incredibly high temperatures in order to be refined into crystalline wafers. (Silicon is also involved in the manufacture of borosilicate glass, the robust material that makes the GoSun’s cooking chamber.)
A traditional solar panel begins with two thin layers of silicon, one treated with phosphorus and the other with boron. These treatments act to create an electromagnetic sandwich of opposing polarities, creating the right context for developing an electrical field. When light hits the panel, the phosphorus layer provides extra electrons that are nocked loose and “flow” toward the negatively charged boron layer, creating what we usually think of as electricity. The field, however, must reach a conducting surface in the form of a metal conductor strip, which allows electricity to flow out of the solar cell and into the rest of the panel. Panels are constructed when large numbers of these smaller silicon-and-metal-conductor “cells" are connected via wires and conducting strips into a much larger exposed surface, AKA a panel.
Most solar panels also contain other materials: they have an anti-reflective coating to ensure that as much sunlight is absorbed as possible and a frame that insures durability and makes it easier to mount on buildings or in solar farms.
The energy produced by these cells is direct current (DC), which flows as an uninterrupted stream. This can work fine for some applications but can not be transmitted long distances, and will not power your home or most electronics. (Just ask Thomas Edison.) For this reason, there needs to be an inverter to get the current from DC to AC, or alternating current. A solar panel would not be useful on a home or office building without the inverter’s creation of usable electricity.
Finally, most solar panel systems also include a battery storage option, an essential for a consistent electricity supply while living off the grid.  Since many solar panel systems are used in conjunction with traditional “grid” energy, battery backups are not essential, (net energy metering being the alternative) but a self contained energy system allows one to be truly self-sufficient, regardless of energy markets or the grid itself, which may be even more important in developing markets than here in the US.
To learn about solar technology can harvest energy 4x more efficiently than the solar panels mentioned, check out our blog post on the GoSun Cooking Technology. To learn more about how solar cells are made, check out Nova’s article for PBS and How It’s Made’s video of a solar cell manufacturing. 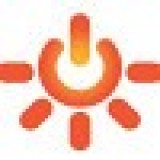 Thank you very much for this amazing page and all the info you have shared! It has been totally useful for us and cleared a lot of doubts.
<a herf"https://www.atlantaenergy.in/">Solar Companies in Guwahati

Why Move Into a Tiny House? Here's A Dozen Reasons Why

A 12-Volt Cooler That Charges From the Sun