Why The Chill and School Buses Both Have White Tops

Exterior color matters. Whether you are trying to drop the interior temperature of a bus or design a solar powered cooler, painting the outside white keeps the inside cooler. One study found that painting the tops of buses white made the interior temperature drop an average of 10 degrees during the summer, with as much as a 17-degree difference during the warmest hours.

The physics behind keeping your coolers cool is simple. Solar energy delivers both light and heat, and the heat from sunlight is readily absorbed by dark colors.  Lighter colors, however, reflect back a sizable fraction of the radiation, helping to keeping the insides cool.

Here is how colormatters.com breaks down the physics:

Studies show that white roofs reduce air-conditioning costs by 20 percent or more in hot, sunny weather. Lower energy consumption also means fewer of the carbon dioxide emissions that contribute to global warming.
The same  principle applies to your car color.  Researchers at the Berkeley Lab Environmental Energy Technologies Division (EETD) say that the color of your caraffects your car's fuel economy and how seriously you contribute to pollution. A light-colored shell reflects more sunlight than a dark car shell. The cooler the color, the cooler the cabin air, and the less of a need to run your air conditioner.

Ronnen Levinson, scientist in the Heat Island Group at Lawrence Berkeley National Laboratory, is lead author of the study. The research was published in Applied Energy.

The researchers had two cars in the sun for an hour, one black and the other silver, parked facing south, in Sacramento, California. The silver Honda Civic (shell SR 0.57) had a cabin air temperature of about 5-6°C (9-11°F) lower than an identical black car (shell SR 0.05).

A silver (or white) shell would allow for a lower-capacity air conditioner as well. The cars were run through five identical cycles of soaking in the sun. Each cycle consisted of an hour with the air conditioners off, followed by a half hour of cooling with the air conditioners running at maximum. The researchers measured the roof, ceiling, dashboard, windshield, seat, door, vent air and cabin air temperatures in each car along with weather conditions in the lot.

Overall, the numbers compiled in this car-color exercise found that using white or silver paint instead of black paint would raise fuel economy by 2.0 percent; would decrease carbon dioxide emissions by 1.9 percent, and reduce other automotive emissions by about 1 percent.

GoSun has really thought of all of this with their new GoSun Chill. Solar powered cooler.  They have a solar panel that provides shade for the cooler, and the prime color of the cooler is a nice cool white.

Overall, the main point is that the sun should be used to power your cooler, not heat your cooler.

This post is part of our larger information resource on solar coolers. Click here to read our post Solar Fridge Guide: Stay Cool Off The Grid 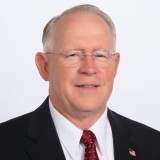 Does the GoSun cooler make ice?

The Prepper Economy is Booming. Here are Some Suggestions

Reconsidering Off-Grid Cooking and Cooking in Light of Social Distancing